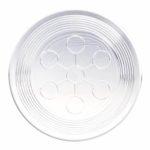 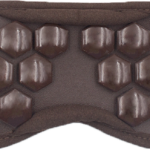 The next level of wellness

The SPINEFIT MEDICAL’S Bio Disc 2 has a greatly enhanced the energy field and attributed to the seven wave-form rings on the disc’s surface. The seven ribbed rings speed up the bio-molecular structure process of liquids poured over the disc, improving the biocompatibility of water molecules with your body more than ever before. The liquids are energized faster and more efficiently via the wave-form produced by the rings

The SPINEFIT MEDICAL’S Bio Disc 2 increases luminescence, designed with Biophoton production in mind. Photons – the concept of the basic units of light developed by Albert Einstein – and their interaction within and on biological systems is a long established field of scientific study. The design of the SPINEFIT MEDICAL’S Bio Disc 2 takes advantage of this to enhance the energy of, and improve the taste of your beverages; biophoton light can be generated by shining a 120-Watt LED light through the SPINEFIT MEDICAL’S Bio Disc 2. It is well known that plants use energy from sunlight to make food in the process of photosynthesis, but plants are not the only living things that have a complex relationship with, and need for, light. If a human being is deprived of light, growth and biological function is rendered impossible.
As the smallest physical units of light, biophotons are stored in, and used by, all biological organisms – including your body. The research on the purpose of these biophotons is proving more and more important in modern science, and they may very well be in control of virtually every biochemical reaction that occurs in your body – including supporting your body’s ability to function.

There are no reviews yet.

Only logged in customers who have purchased this product may leave a review. For Exiting offers on
Korean Master V3 Plus Massage Bed